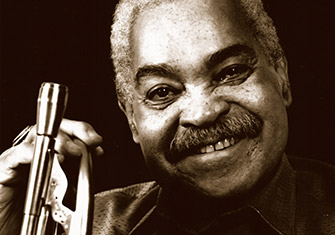 Concerts will begin each Sunday afternoon at 4:00 p.m. Tickets are $15 for the general public, $12 for WP faculty, staff, alumni, and senior citizens, $8 for non-WP students, and WP students are admitted free. Tickets are an additional $3 if purchased on show day. For tickets, visit wppresents.org, or contact the box office at 973.720.2371 or boxoffice@wpunj.edu.

The fall series opens on Sunday, September 26 with historic vocalist Janis Siegel, the veteran lead voice of Manhattan Transfer since 1972. Her voice led the Transfer as they grew in popularity during the 1980s, receiving international acclaim on their way to winning 10 Grammy awards and being inducted into the Vocal Group Hall of Fame in 2003. Siegel will perform on the Shea stage with a band that includes John DiMartino on piano and Luques Curtis on bass.

On Sunday, October 3, the series presents Buster Williams & Something More, an all-star group that includes pianist George Colligan, and two veterans from different eras of Chick Corea’s bands: saxophonist Steve Wilson, and the historic drummer Lenny White. Bandleader Buster Williams is a veteran of groups led by Herbie Hancock, McCoy Tyner, Dexter Gordon, Woody Shaw, Mary Lou Williams, and Stanley Turrentine. Williams has led Something More since 1990, performing on tours across the U.S. and Europe, including the first international jazz festival in Moscow. This event is sponsored in part by a grant from Mid-Atlantic Arts.

The third concert in the fall Jazz Room series will see the Russell Malone Quartet perform on Sunday, October 10. Russell Malone is one of the world’s leading jazz guitar voices, as a soloist and as a bandleader. He brings his artistry to the Shea Center stage as a veteran of many tours as a longtime member of bands led by Ron Carter, Diana Krall and Harry Connick, Jr., as well as Roy Hargrove, Dianne Reeves, Bobby Hutcherson, and Mulgrew Miller. He has recorded with such varied artists as Houston Person, Sonny Rollins, David Sanborn, and Mose Allison. Malone’s quartet for this concert includes pianist Rick Germanson, WP alumnus Vince Dupont on bass, and drummer Neal Smith.

Rounding out the October performances will be the Art Farmer Tribute Quartet - Archive Dedication, on Sunday, October 24. This event celebrates the music and career of the legendary trumpeter Art Farmer, whose archive collection will now be part of the William Paterson Living Jazz Archives. This concert will feature a band made up entirely of veterans of Farmer’s touring and recording groups, including pianist and WP jazz adjunct faculty member Geoffrey Keezer, saxophonist Ron Blake, bassist Kenny Davis, drummer Yoron Israel, and performing in the trumpet chair is the highly respected Jeremy Pelt, also from the WP adjunct faculty. This concert will feature music from Art Farmer’s actual touring band books from the new archive, and will celebrate this great musician and new collection at the highest musical level.

Acclaimed saxophonist and multiple-instrumentalist Scott Robinson will perform with the WPU Jazz Orchestra on Sunday, November 7. A true virtuoso, Robinson is able to perform music from the entire history of jazz at the highest level. This concert celebrates the return of the William Paterson Jazz Orchestra led by David Demsey, after nearly 18 months off due to the pandemic. This program will feature the music of Maria Schneider (whose band features Robinson as a prominent soloist), Thad Jones, Duke Ellington, and some Robinson originals, all performed on a truly amazing array of instruments.

The fall series concludes on Sunday, November 14 with Grammy-winning arranger/bandleader/producer Ryan Truesdell and Birth of the Cool Live. Truesdell has established a major reputation in recent years for his work on the Gil Evans Project, recreating and performing the music of this great arranger. There is perhaps no more significant music in the past 70 years than the historic 1949 Birth of the Cool album, arranged by Evans and Gerry Mulligan, featuring Miles Davis, Lee Konitz, Mulligan, John Lewis, Kenny Clarke, and others. Truesdell has done a huge amount of work to reassemble the original scores from that album - which will be performed live for this concert by a nine-piece band made up of best young jazz stars that New York has to offer, all dedicated to combining their own voices with the authenticity of this breathtakingly lush music.

William Paterson University has been a flagship of jazz education for more than 40 years and is recognized internationally for its Jazz Studies Program and nationally acclaimed Jazz Room Series of concerts each fall and spring.

The concert will be preceded by “Sittin’ In,” the Jazz Room’s accompanying “meet the artist” concert preview featuring interviews with jazz artists and guest speakers. This informal discussion, free to all Jazz Room ticketholders, begins at 3 p.m., one hour prior to each concert, in the Shea Center Recital Hall.

To help ensure a safe and comfortable experience, all visitors must adhere to COVID-19 safety protocols. Learn more at wppresents.org under Visitor Info.

The Jazz Room at William Paterson University has been made possible, in part, by funds from the New Jersey State Council on the Arts, a partner agency of the National Endowment for the Arts. The Jazz Room series also receives funding aid from Mid-Atlantic Arts and the Geraldine R. Dodge Foundation.