A sociology major, the new grad plans to draw on his education to volunteer with New Jersey Reentry Corporation and the VA Hospital 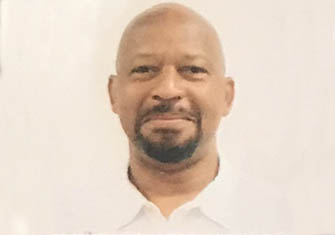 “I can’t see well now, but I can throw horseshoes and grenades,” jokes Jerome White, 61, of Paterson, New Jersey’s Eastside neighborhood. About 30 years ago, he suffered a near-death experience as a servicemember that left him disabled and with post-traumatic stress disorder (PTSD). On Tuesday, the U.S. Marines veteran and retired postman will graduate from William Paterson University with his bachelor’s degree in sociology.

“It took me many years to sort of close the circle; I’ve been out of high school since 1976,” White says. “It was just something that, you know—something you didn’t complete.”

White says he came into William Paterson University with a self-admitted chip on his shoulder, with age and wisdom that made him “too advanced” for an undergraduate college experience.

“Unbeknownst to me, I went on to have some of the best experiences with students, staff, and faculty that I could write a book about,” he says. “The young people would kind of feed off of me in class when I would speak—‘You did what? What about your military experience?’ But I wanted to learn from them, too, because I’m not computer savvy.”

With the back and forth during and after class, White says he learned a lot of technological skills from the students, and they learned about his life experiences. “It was a win-win,” he says. “Even some of the professors said they were amazed by me, being out of school 40-something years. You can’t put a price on that.”

White entered the Marine Corps in 1981. He spent three and a half years in the infantry, and upon reenlistment, became a Marine Security Guard, guarding embassies and diplomatic missions around the world. He served with honors in Sri Lanka, the Philippines, and Colombia.

He stepped right into a job with the U.S. Postal Service after the Marines, thanks to a friend that worked there and insisted he get the application and hiring process started while he was still enlisted. He took all of the postal service exams necessary while in the Marines, and went on to a 26-year career there.

White decided to major in sociology at WP because it’s rooted in people. “I want to give back the same to the people that have given to me in my life,” he explains. “I think I just have a knack for helping people and meeting them where they are; I’m not above them and I’m not beneath them.”

During his time on campus, White completed an internship with the New Jersey Reentry Corporation, a non-profit agency with a social mission to remove all barriers to employment for citizens returning from incarceration. Drawing on his education in sociology, once the current health situation allows it, White plans to volunteer there two or three days a week. He also plans to volunteer two days a week at the local Veterans Association Hospital.

“I don’t want to punch a clock,” he says laughing. “But I will gladly volunteer. At New Jersey Reentry, I want to help these young men and women coming out of incarceration and try to make their day a little lighter and brighter. I will be at the VA Hospital volunteering because, as a disabled veteran, I understand what it’s like to be cared for.”

He received a different sort of care at William Paterson, he says, an emotional care that he holds near and dear to his heart. Silvia Barrera, coordinator of the University’s Office of Veteran and Military Affairs, he adds as an example, is a godsend. “She knows my darkness, because we’ve talked about my PTSD, and she’s the light. I get a phone call from her just when I need it; she’ll email just to check on me and my family.”

White urges other veteran-students on campus to “own” the University experience. “You have to own it,” he repeats. “It’s hard. You have to seek counseling; don’t think people will look at you differently…There are people who will help you; there is somebody on that campus that can relate to you. You never know when you’re in the presence of an angel.

“And if you don’t know where to go, just go to the Veteran’s Office. The angels tend to gather there.”

White, who is also a deacon, says he looks forward to a life after University Commencement full of giving back. He notes that he has already donated funds to student scholarships on campus, and plans to continue to support his alma mater as an alumnus.

“I had a great run with job security and family, and people like Silvia that have let me be a part of their lives…I’m just so thankful to William Paterson University and all the professors and staff; I’ve met so many people that are just sewed into my life. That makes you whole,” White says.